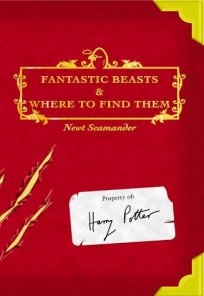 “No wizarding household is complete without a copy of Fantastic Beasts and Where to Find Them.”

Last Christmas, a friend of mine bought me a gift that I now rank in my top 10 favorite gifts of all time. He bought me, “The Hogwarts Library” book set! This is a high quality hardcover set of extra books written by J.K. Rowling that emulate the books used by Harry and his friends in the H.P. series. 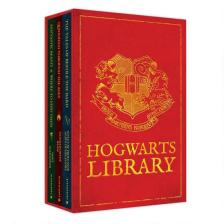 After reading them, it was easy for me to decide that Fantastic Beasts was my favorite of the three. Why? I love animals, creature, and beasties whether they are of this Earth or reside within fiction.

The “author” is the magical beast fanatic and overall eccentric, Newt Scamander.

“Newton (‘Newt’) Artemis Fido Scamander was born in 1897. His interest in fabulous beasts was encouraged by his mother, who was an enthusiastic breeder of fancy Hippogriffs.”

It also features a Foreword by Albus Dumbledore as well as notes scribbled by Harry and his friends. I found these notes very amusing. They turned what would be a mundane glossary section of the book into an entertaining one!

Notice the word “section”. While the majority of this book is a glossary of magical beasts, it isn’t everything. See below for the contents listing.

What Is a Beast?

A Brief History of Muggle Awareness of Fantasy Beasts

An A-Z of Fantastic Beasts

Now I can honestly say that I enjoyed this book, but I think a lot of it had to do with the fact that I was physically holding the same book that Hogwarts’ students held. This book as an e-book just wouldn’t do it for me. So do yourself a favor and buy this bad boy and the others paperback or (especially) hardback. You’ll thank me later. 😉

On to the fun stuff! I wanted to briefly mention that I love the names of the beasts exclusive to the H.P. world. They tickle me. Like, I genuinely giggle at some of the names. So here is a short list of some of the names I find amusing.

I took the time to write a list of the beasts that interested me and narrowed it down to one favorite (because I’m a super geek) to give everyone an example of what sort of information you might find.

“The Opaleye is a native of New Zealand, though it has been known to migrate to Australia when territory becomes scarce in its native land. Unusually for a dragon, it dwells in valleys rather than mountains. It is of medium size (between two and three tonnes). Perhaps the most beautiful type of dragon; it has iridescent, pearly scales and glittering, multi-coloured, pupil-less eyes, hence its name. This dragon produces a very vivid scarlet flame, though by dragon standards it is not particularly aggressive and will rarely kill unless hungry. Its favourite food is sheep, though it has been known to attack larger prey. A spate of kangaroo killings in the late 1970’s were attributed to a male Opaleye ousted from his homeland by a dominant female. Opaleye eggs are pale grey and may be mistaken for fossils by unwary Muggles.”

Fantastic Beasts and Where to Find Them: The Film

On September 12 2013, Warner Bros and Rowling announced they will be producing a film inspired by the book, being the first in a new trilogy. Rowling herself will be the screenwriter. She came up with a plan for a movie after Warner Bros. suggested the idea. Here is the statement released by J.K. Rowling.

“Fantastic Beasts and Where to Find Them is neither a prequel nor a sequel to the Harry Potter series, but an extension of the wizarding world. The laws and customs of the hidden magical society will be familiar to anyone who has read the Harry Potter books or seen the films, but Newt’s story will start in New York, 70 years before Harry’s gets underway.”

Rowling will make her screen writing debut with this film. David Heyman, who produced the Harry Potter films, will be returning as producer for Fantastic Beasts.

Needless to say, I am super excited about this movie! I always found the magical beasts of the H.P. world to be really odd and fascinating so let’s see which of them they decide to include. Maybe I’ll get to see an Antipodean Opaleye or a cute Kneazle! 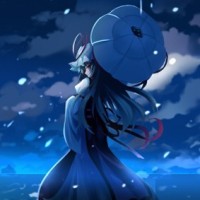