So the blog has been pretty inactive lately. The girls and I have been busy with different things and we do apologize.

Actually, I went on vacation for a week. Three of those days were spent down at the Gulf Coast on the beach, in the sun.. Man I wish I could go back right now, haha. Another two days were filled with doing errands, some of which were in regard to my brother’s wedding. I’m a bridesmaid. And the rest of the days? Well, I reactivated my Final Fantasy: A Realm Reborn subscription and played that for hours straight like a bum. A happy bum, but a bum.

Now on to the point of this post.  😉  I was recently introduced to perler beads and now I just can’t stop. I’ve always had an interest in perler beads and I’ve spotted a few geeky perler sprites in video game stores in the past. So as soon as I got my hands on some beads of my own, the fever hit me like a ton of bricks.

The perler bead fever, of course. The last few days I have been learning about the beads and practicing making my own sprites. There I was thinking that perler beads would be a walk in the park. I mean, it’s no jigsaw puzzle, but it can be challenging at times. You really have to get a feel for the melding bit of it too. Honestly, I think I finally have the technique down pretty well. And yes, there is a technique.

So this is the part where I let everyone now that I’ve finally caved in and opened up an online shop at Etsy. For those of you that don’t know, Etsy is a crafter’s version of Ebay. Put simply, it’s the bomb-diggity.

For now I’m only selling the perler bead sprites, but I will be soon turning them into magnets, hair clips, necklaces, keychains, earrings, ect. Oh, it’s about to go down.

I only have a few perler sprites shown in the shop, but I take custom orders! So go custom order!

Here is my shop: The Krafty Kupo

I’ll post a few pictures of sprites I’ve done below, but don’t be surprised if they are the same ones listed on my shop. — Remember, custom orders! 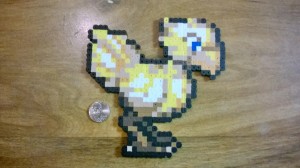 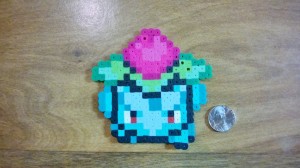 I don’t normally jump on the “Release News” band wagon, but I couldn’t help it this time. This announcement just about made me squeel!

For those of you who went through the tragedy that was the original FFXIV or you just heard how hard it flopped, I want to be (hopefully) one of many people who tell you that it has been completely revamped and is looking spectacular.

Just listen to Naoki Yoshida, director and producer of FFXIV: A Realm Reborn:

“It gives me great pleasure to announce the release date of FINAL FANTASY XIV: A Realm Reborn,” said Naoki Yoshida, “It has been a long road from the game’s inception to the beta, but thanks to your fervent support and invaluable feedback, the world of Eorzea will soon complete its journey of rebirth. We have endeavored to make the game affordable so that adventurers will be able to experience the vibrant world of Eorzea. We have also prepared a collector’s edition version of the game, which includes a veritable assortment of premium items. The new adventure begins on August 27, 2013. I hope to see you all then!”

Additionally, we’ve got this epic collector’s edition which features everything from music to art work.

Here is what is included:

You don’t have to purchase the original FFXIV title to play FFXIV: A.R.R.. Previous FFXIV players will be able to download the PC version of FFXIV: A.R.R. for free. PC specs for final product may change; please refer to the preorder website for details.

I couldn’t be more excited right now. I’ve had many friends ask me, “What next gen game are you looking forward to?” My response has been a broken record of, “FFXIV: A Realm Reborn!” I hope that anyone who enjoys MMORPG’s will check this game out. It has, so far, exceeded all my expectations. And this is coming from someone who has played the original FFXIV and also the beta for FFXIV: A.R.R. 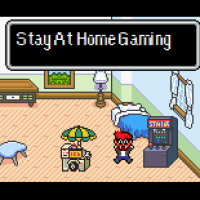